With or without a mirror?

Today we will take the challenge and pin down one popular and relevant issue. What to choose? Mirrorless system camera or a SLR camera? In general, the original cause for creating various designs lies in different approaches to a viewfinder function, which allows seeing the content and boundaries of an image. Several types of viewfinders…

Today we will take the challenge and pin down one popular and relevant issue. What to choose? Mirrorless system camera or a SLR camera?

In general, the original cause for creating various designs lies in different approaches to a viewfinder function, which allows seeing the content and boundaries of an image. Several types of viewfinders were invented.

Rangefinder cameras, which are not very popular in the digital age, have a separate window in the body for a viewfinder. Its system has nothing to do with the optical system of a lens, thus a photographer sees a future image at a slightly different angle, and a change of lens should be accompanied by a change in frames and sometimes a magnifier in the viewfinder to better match the image in the viewfinder to the future picture. With such design, it is difficult to talk about great accuracy, although there is one advantage – as a rule, the angle of view in the viewfinder is wider than that of the lens, so a photographer sees what is happening outside the frame and has a chance to anticipate the moment.

SLR cameras have a sophisticated optical system that manages to redirect an image from the lens through a mirror and a pentaprism to the optical viewfinder at rest. As the shutter button is pressed, a mirror rises and the light hits the sensor. At this point, the image disappears in the viewfinder. This way, a photographer sees exactly what the lens does.

Mirrorless cameras do not have an optical viewfinder. Its function is performed by a real-time image taken from a sensor. Depending on the settings, this image is broadcast either on a big screen or on a small screen hidden behind the window of an electronic viewfinder.

As usual, let’s take the issue seriously, and try to collect the pros and cons of various designs.

Battery. For the sake of a compact “body”, batteries in mirrorless cameras often have less capacity. Even if it’s not the case, the energy consumption on mirrorless cameras is higher due to the constant use of the display. For example, having the same battery mirrorless Nikon Z7 “makes” 330 shots versus Nikon D850 that would make 1840. Even taking into account the imperfection of the CIPA method, which is somewhat far from real practice, it is difficult to make more than 600-800 shots with a mirrorless device.

Focusing. A rather complex question. In SLRs there is phase detection focusing – the fastest, most accurate and undemanding to light conditions. However, its accuracy depends on the adjustment – in some cases, front/back focus error may appear, when a phase detection works correctly, but in fact the focus will be shifted. Hybrid mirrorless focusing is still a bit slower, but accurate in all cases.

Viewfinder. The optical viewfinder of DSLRs allows one to see the future shot “as is” and accurately visualize the composition, but it does not give an idea how ​​exactly the picture will turn out. The electronic viewfinder applies your camera settings to the picture instantly, so you see practically the future shot and evaluate the depth of field, white balance, exposure, etc. Thus, you can literally see the outcome before even shooting. There is a downside that the diapason of light perception by the eye is greater than that of the sensor. If the scene you are shooting is very contrast, then the details in either the light or dark areas will fall out of your sight.

In the end, mirrorless cameras have only an electronic viewfinder, as DSLR cameras may have both an optical viewfinder and a Live View function, which displays an image from the sensor with all the settings applied on a large screen.

Silence. SLR cameras are traditionally louder due to the jumping of the mirror. And even the “silent” shooting mode doesn’t change the situation radically. Mirrorless cameras even in a regular mode have a much quieter shutter sound and many of them are equipped with an electronic silent shutter. As do some SLR cameras when shooting with Live View function. Thus, both systems can shoot silently, and usually, in the standard mode, mirrorless cameras work quieter.

Speed of turning on. One of the main disadvantages of mirrorless cameras – at best from the turning on to the first shot a second will pass, while a DSLR is ready immediately. You may keep a DSLR camera turned on for a long time, since in standby mode it practically does not consume battery.

Capturing motion. In DSLRs there is an optical viewfinder and all changes in the plot occur in real time, whiles in the electronic viewfinder there is always a minimal delay. It means when shooting fast processes, a photographer should predict and press the shutter button before the decisive moment.

Summary. For the most part, mirrorless cameras, skillfully supported by marketing efforts, do not have significant advantages over mirror systems. In a detailed analysis, their advantages either run aground on facts, or correlate with to the SLR camera possibilities. Moreover, SLR cameras provide additional opportunities just due to the mirror.

Remember that it is not a camera, but the person that is shooting. It is surely important to choose a camera according to your needs, but it is more important to realize its technical and your creative potentials. Join our classes of the most creative course “Creative boost“. 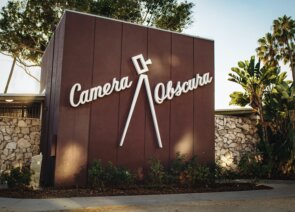 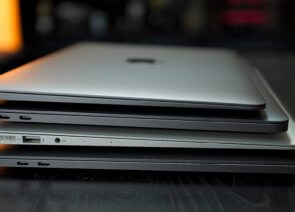 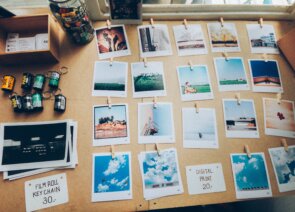